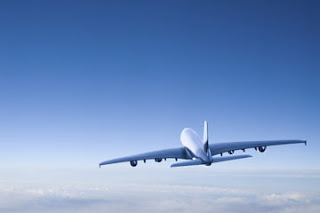 "I was told to get a new seat assignment from you, sir." I politely explained to the airline worker who never glanced up, clicking furiously on the keyboard and handing me a new boarding pass with a window seat.

"Umm...excuse me, sir..." I reluctantly asked. "I forgot to mention that I'd prefer an aisle seat. Could we change it?"

I bit my lip and stormed away like a petulant child. I hate the window seat. I get claustrophobic and I always have to use the restroom multiple times during the flight because "tummy no likey fly time". Now I'm going to be uncomfortable for 3 hours and I'm going to make the passenger next to me get up early and often for 3 hours. The same person who had the presence of mind to request an isle seat sooner than I did. Blargh.

I was at the airport about 2 hours early for my flight out of Austin. That may seem excessive to some, but I hate the act of traveling and I've have had far too many nearly missed flights thanks to airport security, gate changes and my worn out body to risk anymore mishaps. It also gave me time to reflect on how traveling to and from an event is a journey in and of itself.

You see, I'm only "Josh from Joshland" for one day of my entire trip. It could be in Kansas City as the keynote speaker for CF Education Day at Children's Mercy Hospital,where I was warmly received with hugs and appreciation. Or maybe it's CF Family Education Day in Austin, TX at Dell's Children's Hospital where I'm proud to say that I received a standing ovation from the adult crowd and lots of giggles from the kids. During the day, I'm connecting with strangers and sharing my perspectives on living my life with cystic fibrosis. I'll cherish these experiences forever and I'm grateful for the opportunity to share my story and learn from everyone I meet as I try to be present for the gifts life gives me everyday. For instance...

I sat alone eating my dinner, exhausted from traveling. My chest was rattling with mucus that violently made it's appearance during the evening dinner rush. Red faced and shaking, I thought about my mother. How she used to speak locally for so many years to raise CF awareness at a time when NO ONE heard about CF and could've care less about any disease unless it was featured in a telethon or in a commercial. Everyone stared at me—concerned for my well-being, but too shy to ask if I was alright— and I thought about my wife. How encouraging she's been to me through this entire process of traveling, speaking, poorly puppeteering, and being the wife of both "Josh" and "CF Josh" while I try to figure out who the @#$% I am.

I sat alone in my hotel room later on that night, listening to the rev of the air conditioner abruptly click on and off and I thought of how lucky I am. I know there are others with CF who want to be speaking like I am, but they don't know where to get started, they haven't been given an opportunity to or they simply aren't physically able to right now. What makes my story any better than theirs? Nothing. It's just a different path. All I tell them is keep working hard and putting yourself out there. Be uniquely you and the rest will fall into place...

I propped my feet on my upright HFCC treatment bag and waited at my gate as a bird that somehow made it into the building shot past my head and landed on the floor near me. It anxiously hopped along and then disappeared into the shadows. I laughed out loud thinking how all the kids I'd seen during my travels would've laughed at the way I jumped when the bird scared me half to death. I'm sure it would've been the same way they laughed when I danced around, played games with them and made silly faces in pictures we took with three feet between us. They saw that CF, though scary, could still be silly sometimes too.

The flight attendant's voice pierced the intercom and my thoughts. "I'm sorry for the delay y'all. As soon as I hear from the crew, we'll begin boarding."

To pass the time and calm my soul, I started listening to the homilies of one of my mentor's—Fr. Greg Tolaas. He was a gifted speaker and his message almost always revolved around love, being present, and being peaceful. He also happened to have CF, but rarely made mention of it unless it was pertinent to the conversation or a tool to deliver a greater message to all within earshot. I happened to click on one of his best homilies. In it, he said:

"A breath has not fully been breathed unless you have been grateful for it."

Those words resonated in my left ear while my right was listening for updates on our flight. And then...it happened again:

"I'm sorry again, y'all." the flight attendant conveyed with a weary drawl. "This flight has been grounded until further notice. Please get in line to be rebooked so you may reach your destination."

Like a herd of elephants, the passengers on my flight trampled and pushed their way in line just to be sent off in different directions. It reminded me of a really lame joke:

"Why do elephants have trunks? Where else would they pack their luggage?"
Being the very small and scrawny elephant that I am, I had very little trunk space to put my luggage in, so I ended up at the back of the line.

I listened to the passengers bitch and moan about the flight being cancelled and the airline being the spawn of the devil. I almost got caught up in it myself, until Fr. Greg's words got me to thinking...

Life is full of simple complexities. The act of breathing is involuntary, yet our bodies must do hundreds, maybe thousands of things to process that one breath. Carbon dioxide into oxygen that fliters through the lungs, and keeps our blood flowing so we can move our extremities and react to the electrical impulses that we send from our brains. Brains and bodies that keep our world going, fix our planes when they are grounded and allow me to speak at these events from time to time.

I know I say that all the time, but it truly is an honor it is to speak at these different events across the country. I treat each of them as if it'll be my last, not because I'm gonna kick off and die, but because maybe I'm just a passing fad and my sudden notoriety will fade away. One could look at this point of view as a pessimistic, but I prefer to think of it as a viewpoint that keeps me humble and makes me thankful for what I've given. In this "hurry up" world, we rarely take the time appreciate those complexities and gifts. The world—via broken airplane—had given me the time to do that for many aspects of my life. That sounds a little nuts as I write it, but it's how I felt then and how I feel now.

By the time I came out of my trance, the flight attendant announced that the delayed flight was ready for take off. Everything was all "duckies and bunnies" again, until I sat down and started a casual conversation with a different flight attendant:


"So what was wrong with the plane that delayed us for so long?" I asked.
"I don't want to be on this plane!" she emphatically replied. "It was struck by lightning in June and has been fixed 4 times since then. It's never working. I.DON'T.FEEL.SAFE."
"So....things are good at the workplace right now, huh?" I awkwardly chuckled.

She let out an ill-timed belly laugh and headed toward the front of the plane. Surprisingly, I didn't freak out. I just picked up my cellphone and called my wife.

"Honey, the flight attendant told me she doesn't feel safe on the plane, so just in case we don't make it back...I love you."

Carly, subdued as ever, said. "Why would she say that? That's dumb. I love you and I'll see you in three hours."

Before I could make anymore calls, we were told to store our electronics and prepare for take off. As I stored my baggage in the overhead, my mind was racing. All of my big problems disappeared. I thought of my family and my friends. Most of all, I thought that I've had a very good life with only a few regrets. It all made me feel surprisingly peaceful.

The plane was half empty because so many passengers had been rebooked on other flights, so I had my pick of the seats. This time I chose the window seat. For simple complexities sake. For most of the three hour flight, I was looking out the window and feeling...calm. It was nice. I wanted it to happen more often. I wish I could figure out how to make it so. I'll keep working on it.

I hope you are too.