Random Thoughts On My Return To Joshland 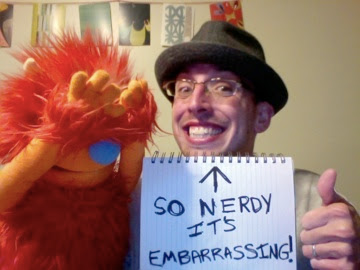 I've missed putting words-to-blogger in the past few months. The writing process helps me relieve any stress I'm carrying, though I don't think you would've enjoyed reading anything I wrote during my sabbatical. Every word I ever tried to type was lathered in so much angst and bitterness, stress and fatigue, self-doubt and frustration that even I hated reading it. That's why I decided to spare you from that pain. Consider it a late holiday gift. Now let's get to the random thoughts and mini-stories, shall we? Be warned...I'm all over the place in this post:

• For those of you that don't know, my Dad passed away from cancer this past summer. He's the second of the 12 brothers to pass away, but the first one to do so as an adult. Their brother,Gregory, passed away when he was just a baby. Dad has been gone for 4.5 months and his absence was never more obvious than on Christmas Day when the brothers were putting their presents in the middle for our "white elephant gift exchange" and there was one present less to count. It made me miss him a lot. I guess what I'm trying to say is even though I had a nice time at all of our holiday gatherings, this Christmas kinda sucked. I'm sorry if that disappoints any of my loved ones reading this, but it's the truth.

• On New Year's Eve I watched children of various shapes and sizes run rampant through a friend's rec room like a giggle-filled tsunami that was ready to envelop any adult that crossed its path. Moganko got lots of hugs and kisses, but he also acquired some drool and cracker crumbs for his trouble. I saw the contentment and chaos in all of their parent's eyes, followed by shrieks of "Aaaaah nooo, nooo, nooo, that's Ava's sippy cup! OOOOOOOH!!! Watch out for that puzzle piece! HEY! Share or you get a time out!"

During one of my many timeouts, I looked around the room and realized that I will never have that chaos in my life on a daily basis. Part of me felt relieved and part of me felt very downhearted. I don't believe in absolutes, but New Year's was pretty heavy realization that there will be no kids of my own in Joshland. While it's of my own choosing and I'm tearing up just writing that sentence, I still feel a sense of peace with what we've decided.

Joshland Note - No, I don't bring the puppet everywhere. Carly would kill me. I do bring him where the kids are though. To do anything otherwise would be sacrilege.

• Someone recently asked me what it's like to be a celebrity and I said "When I meet one, I'll ask them." Me, a celebrity? You've gotta be kidding! I'm just Josh. Always will be. I'm not gonna go off on another tangent about this topic, so you can click here read my previous thoughts on my "celebrity status" (and I use that term VERY LOOSELY). I prefer the term my friends Jeni and Emma came up with for me during a delightful late morning coffee/hot chocolate discussion. Jeni said "Josh...you are superbly human." That is everything I ever hope to be. Put it on my tombstone next to "It's a shame you aren't bigger..." Thank you, ladies.

• My pooches are SO GLAD that the Moganko CF Project has launched. I haven't had the extra time for them that they are accustom to, so they were pretty ticked off. How do I know they were mad? Have you ever been in a staring contest with a dog that believes every second you aren't doting on him is a cardinal sin? I have been for months on end and it's frightening! Adorable, yes, but frightening all the same. The night after the project launched, I spent the entire evening on the couch with Henry, our mini schnauzer, catching up on the months of backlogged doggy snuggles.

Oscar, our skiddish cairn terrier, was more subtle in his disapproval. A chewed up pen here or a munched on kleenex there with shreds of evidence strewn across the floor. I didn't have to worry about the lack of snow in December because it's been "snowing" for months in my living room. Oh, and let me tell you...there have never been two happier dogs on the planet than mine were on the day the green screen was torn down for a filming hiatus. The basement was wide open for play time again and I believe the term "run yourself stupid" applied very well to my little simpleton puppies. It's nice to be back with my own kind. They're like their owner...very sweet, but not so bright.

• In Joshland "Skinny Jeans" are just called "Jeans". That is all.

• Last, but certainly not least, Carly and I just celebrated our sixth anniversary! I won't gush over my wife the way I normally do because she gets embarrassed. Instead, I'll make a short list of some stuff I've learned about our marriage in the past six years:

— Our personal definitions of "a clean house" are very different.

— I'm still struggling with the whole "rinse out your milk glass" thing, while she will never understand why we need 18 remotes for the electronics in our house.

— I publicly vow that if Carly is working on any kind of art project and she asks me my opinion, I'll never again say: "What IS THAT?" Sometimes I'm an idiot. I'm sorry, honey. I swear, I didn't mean it the way it sounded.

— Did you know that if your wife buys enough purses and stores them in your bedroom closet that they'll actually start breeding? Well, they do. (She could say the same thing for my baseball caps).

— When it comes to helping Carly choose outfits, I'm not a very good assistant. I do get "pity kisses" though...which is nice.

— Carly wins A LOT of our tiffs and "discussions". This used to piss me off until I realized that she tolerates so much of my stuff—the good and the bad—that I just need to let things go. Now I pick my battles and I have a much higher winning percentage. It only took me six years to learn that. Awww yeah!

— Carly is a very private person and prefers to stay behind the scenes of my "CF Josh" life, but trust me when I say she lives through all the highs and lows of the CF Community right along with me. She asks how people are doing and she is there to listen when I need to vent about my day. There would be no blog, no Moganko and no "Moganko CF Project" without her support. She supports the CF Community best by being my anchor back to my life "Before Joshland". She reminds me that balancing those two worlds is the most important thing I can do to be present for everyone in my life. Carly is the kind of person I hope everyone in the CF Community finds if they are looking for a partner to share their life with. I've said this before and I'll say it again: She makes me a better man. I love you, sweetheart. Sorry...I got mushy after all.

I've got a stories on tap for the next few months so, stay tuned. I'm glad to be back...spelling, grammatical and punctuation errors in tow. :-D