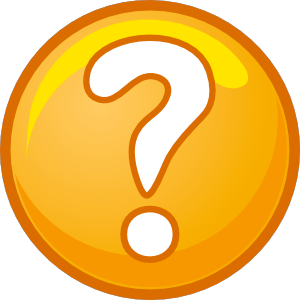 I was asked this today by a CF mom. I paraphrased a little, but they are the general questions. I actually get asked these questions all the time, so I thought I'd answer in a blog post. Here is my rambling, honest, and ranting answer:

CF has put you in a place in your life to do an AWESOME amount of good for the CF community, but:

1. Don't you get the strangest reactions from people when you describe CF "maintenance"?

2. Do you really believe you have endure a hardship to have compassion and/or understanding for what others go through? Don't you believe that there is some one out there who can be just as passionate about "fixing this whole mess" just by hearing how life altering it is?

First of all, I don't get strange reactions about CF stuff (at least not that I'm aware of) because I make sure to put it in perspective. It's part of who I am for better or worse. I joke about CF stuff all the time. I make fun of myself and the situation I am in. If I didn't have a sense of humor about CF, I would have gone crazy and taken everyone with me. People are only as uncomfortable about it as you make them. I have friends who know all about my cystic fibrosis, but we NEVER talk about it unless we need to. All the IVs, therapies, hospitalizations, and whatnot are just things in my life. Shitty and hard things, but still...just things. My mother taught me that. Growing up we took it seriously, but we never talked "CF talk" unless we had to or I was "on duty" as a CFF Poster Kid. CF was never the focus in our home. Life and love was the focus even when we knew Angie was dying. We lived and loved because we knew nothing else.

Secondly, I don't believe everyone has to go through tough times to have compassion and understanding. I'm just saying that I think CF has made me a better person and a different person than the one I would have been otherwise. I matured sooner than most of my peers when it came to the reality and sometimes finality of life. I wish I could have been a kid a lot longer than I was. That's not how it worked out. That's why I am a big goofball and try not to take things so seriously all the time. Life is too short for that kind of thinking. I'm serious when I have to be, but I'd rather be silly.

Finally, I do think that there are people who are touched by our story and our community. "Normal" healthy people who are passionate about finding a cure and helping improve our quality of life. In my opinion, The CF Community has to go outside of the normal ways they promote things. They have to find a portion of the population that has little to no knowledge of CF and share their story. It can't JUST be on Facebook, or in our community, or in our blogs. We already know what CF is. We need others to know what CF is. And it can't be in your face all the time either. I can't speak for anyone else, but I wouldn't respond well to that. Here are ways our community can share our story every day:


In closing I'll say this:

I write a blog like thousands of others in the CF Community. I speak about what I know...my life. I share it because I know that will help others like me live a better life, especially CF kids. I'm not amazing. I'm not special. I'm not better or worse than anyone else in CF community. If people tell you that they are special, then they are selling something. Just my opinion.

FYI: I HAVE NEVER TALKED ABOUT CYSTIC FIBROSIS AS OFTEN AS I HAVE IN THE LAST TWO YEARS.

It's become more of a focus in my life than it ever has been. Before "Breathe" and the W2J blog/YouTube, I did volunteer for the CFF often, but otherwise I rarely said a word about CF unless I was asked. I actually pulled back from the CF world for a long time because I lost my sister and 20 friends/acquaintances to this disease within a very small window of time. It was too much for my heart. I needed that several year break.

Since I've been back in the fold, I've met lots of amazing people. Some of which I consider good friends. I've also lost one too many to this illness. People die EVERY DAY from this disease. I see it on Facebook all the time. A young girl who commented on my blog frequently just passed away last week. I was devastated by Conner's death. I cry every time I hear about another person who passes away from this disease. The stress is overwhelming for a highly emotional person like myself. Sometimes being a CF public figure affects my health in a very real way. It's hard when the thing you are best at is also the thing that, more often than not, hurts the most. Just being honest. That's what you come here for, isn't it?

This isn't a joke to me. I don't have another motivation or purpose for this blog other than to share my story. Yes I'd love to be a paid motivational speaker, but if that never happens then so be it. I do what I do because I'm good at sharing my life and because I love my family, friends, and CF kindred spirits. I want to help people and I've got big plans to do it, just wait and see. :-)